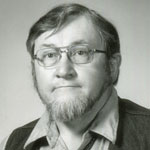 A memorial service will be held Monday, June 2, at 11 a.m. at St. Timothy’s Episcopal Church in Winston-Salem. The family will receive guests after the service.

Professor of Biology Gerald Esch said Amen was a good friend and mentor to him. “He was a true intellectual and a really good botanist,” said Esch, who co-taught a graduate class with Amen. “He was the kind of guy who would stop a graduate student in the hallway and ask him a thought-provoking question.”

He taught at a Denver high school and at the University of Colorado before joining the Wake Forest faculty. He taught cellular and molecular biology, philosophy of biology and medicine, and biomedical ethics and was chair of biology department from 1967 to 1972.