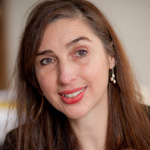 Ana-Maria Wahl, associate professor of sociology, was elected a council member of the North Carolina Sociological Association (NCSA) at the joint annual meeting of the NCSA and Southern Sociological Society held in Charlotte on April 2-5. Wahl will serve a three-year term.

As a council member, she will provide policy guidance for the organization as well as serve on the planning committee for the annual meeting.

The NCSA promotes the discipline of sociology throughout the state and also publishes Sociation Today.