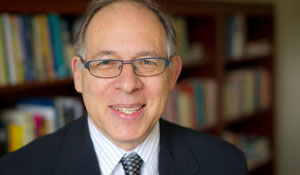 Roniger won the Harold Eugene Davis Prize for the best article on Latin America published in the previous two years. The article on the Sacralization of National Consensus and the Struggle over Historical Memory in Post-Dictatorial Uruguay was published in Spanish in 2012 in the academic journal América Latina Hoy of the University of Salamanca.

Roniger’s article offers a deeply informed theoretically sophisticated, empirically rich, far-reaching analysis of contemporary struggles over national memory and the legacy of military impunity in Uruguay. The argument follows multiple threads while maintaining a tight focus on the contradictions, transformations, and dynamics of collective struggles among and between the military and civil society in the years following the transition to democracy in the mid-1980s. The analysis is rigorous, subtle, nuanced, multilayer and complex, and based on extensive research undertaken over more than a decade. It also has significant comparative implications for other nation-states emerging from the impunity and brutality of military dictatorship, and offers a kind of model for examining the ways that civil society and the state interact in struggles over how nations remember and narrate the collective trauma of military dictatorship. As one of our committee members noted, “Those of us familiar with global Cold War history understand how complex these processes can be,” and Luis Roniger does an exemplary job of teasing out the core dynamics and key elements in these larger struggles among and between different groups of actors over historical memory, military impunity and state accountability in Uruguay from the mid-1980s to the present day.