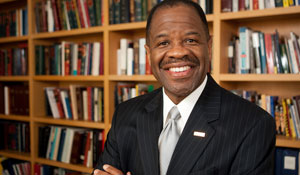 Morant was also listed among the most influential people in legal education by the National Jurist. He is one of the nation’s best known and respected legal educators and scholars. He has served in numerous leadership positions in the American Association of Law Schools and the American Bar Association, and he regularly speaks across the country and abroad on legal education and diversity.