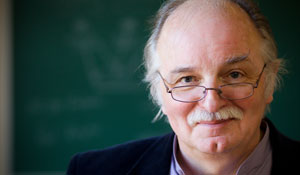 An op-ed, “Freedom, to live, must be understood,” written by David Coates, Worrell Chair in Anglo-American Studies, generated so much response when it ran in the Greensboro News & Record in December that editorial writer Doug Clark followed up with a column of his own on Jan. 8 about Coates’ ideas and the discussion that followed.

Clark wrote:  “Coates, a professor of Anglo-American Studies at Wake Forest University, used the example of the Affordable Care Act to briefly examine the conflict between “negative” and “positive” freedoms. ‘We enjoy negative freedom when we are free from rules blocking our ability to act,’ Coates wrote. ‘We enjoy positive freedom when we possess enough resources to act as we wish.'”