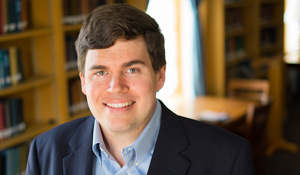 Christian Miller, associate professor of philosophy and director of The Character Project at Wake Forest, has written a new book, “Moral Character: An Empirical Theory,” published in July by Oxford University Press.

In the book, Miller outlines a new picture of our moral character, which involves what are called mixed character traits.

He says, “Most of our friends, colleagues, and even family members are not virtuous people. They may not have virtues such as compassion, honesty, or courage. But at the same time, they are not vicious people either. They do not have vices such as cruelty, dishonesty, or cowardice. Instead most people today have characters which do not qualify as either virtuous or vicious. They have many positive moral features, but many negative ones, too. Our characters are decidedly mixed, and are much more complex than we might have thought.”

Miller studies meta-ethics, moral psychology, moral character, action theory, and philosophy of religion. He is also the author of “Character and Moral Psychology” (forthcoming), and the editor of “The Continuum Companion to Ethics” (Continuum 2011) and “Essays in the Philosophy of Religion” (Oxford University Press 2006). The Character Project is funded by the John Templeton Foundation.