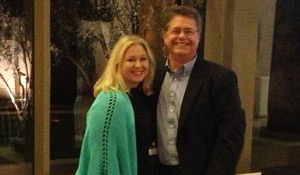 Mary Dalton and Evan Smith (Newhouse School at Syracuse University) are joint recipients of the 2013 University Film and Video Association Teaching Award, which was presented on Aug. 3 at Chapman University in Orange, Calif.

Dalton is a professor of communication and women’s, gender, and sexuality studies at Wake Forest.

The University Film & Video Association Teaching Award was established to recognize and reward excellence in instruction, teaching, and learning within the organization.

Dalton was introduced with the following: “This year’s honoree was a founding member of the UFVA Teaching Committee. She has published numerous journal articles on pedagogical theory. She is a valued member of the Wake Forest University community where she has put her pedagogical ideas into practice for the benefit of countless students. She is recognized for playing a formative role in the advancement of pedagogical theory and practice amongst her colleagues and for her leadership and participation in the University Film & Video Association.”