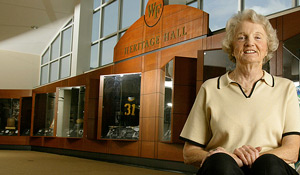 A memorial service will be held on Friday at 2 p.m. at the Salemtowne Retirement Community Center with a reception immediately following. A formal burial will take place at 11 a.m. on Saturday in Dudley, N.C, at the Emmaus Baptist Church. 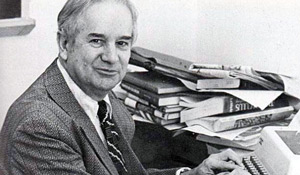 John Wesley “Jack” Sawyer (’38, MS ’43), a mathematics professor emeritus who was called “an important figure in the modern history of Wake Forest,” died in his sleep July 13. He was 95.

Wake Forest Provost Emeritus Ed Wilson said that Sawyer contributed a great amount to the school in academia, athletics and art. Sawyer joined the mathematics department at Wake Forest in 1956, the year the school moved to Winston-Salem.

In 1993, the department of mathematics and computer science established a John W. Sawyer Prize in Computer Science, which is awarded in his honor annually to a senior.

Sawyer also served as president of the ACC four times and as an NCAA vice-president after extensive work on multiple NCAA committees.

Sawyer’s son said his father also loved music and could play almost any kind of wind or keyboard instrument. Wilson said he remembers him playing the organ at many Wake Forest basketball games.

Read more from the Winston-Salem Journal »