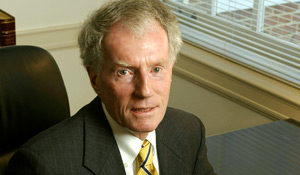 Morrell wrote numerous articles and book chapters on higher education endowment and investment management and received two national awards for his contributions to the field. In 2006, Wake Forest was recognized for the management of its endowment and named the Savviest Nonprofit of the Year by Foundation and Endowment Money Management.

Morrell began his long career in higher education as controller and assistant treasurer at Smith College, before serving as chief financial officer at Rollins College and in a similar capacity at Radcliffe College.

He is survived by his wife, Ruth Ann; son Stephen; and two grandchildren. Memorials may be made to Wake Forest University, PO Box 7227, Winston-Salem, NC 27109, for scholarships, or to Wrightsville University Methodist Church, 4 Love Oak Drive, Wrightsville Beach, NC 28480.