Eaton promoted to AVP for CER 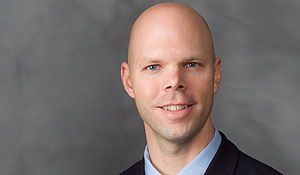 Brett Eaton is now the associate vice president for Communications and External Relations. Eaton has served as the interim AVP since March 13. He joined Wake Forest in January 2011 and has led the daily operation of the News division of CER.

“He has developed rich relationships across campus and demonstrated his value as a reliable and effective communications professional,” said Mark Petersen, the vice president for Advancement. “I have found Brett’s leadership style and deep competencies as a communicator to be invaluable in our work over the past two years. His vast array of experiences, deep appreciation for the culture of Wake Forest, and sharp communication skills make him an ideal leader for our Communications and External Relations team.”

Before coming to Wake Forest, Brett served as director of communication at Montgomery College in Maryland. He also served for eight years in Washington, D.C., as the division chief/deputy director at the Department of Defense, where he was recognized with the Secretary of Defense Medal for Exceptional Civilian Service for his role in the response to the attacks on the Pentagon during the crisis period on September 11.