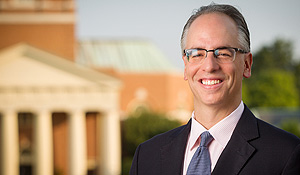 Rogan Kersh’s tenure as the University’s new provost and professor of political science began on July 1.

A Wake Forest alumnus, Kersh assumed his new duties as Wake Forest’s chief academic officer with responsibility for supervising and administering the academic programs and plans of the university’s Reynolda Campus.

Kersh reports directly to Wake Forest President Nathan O. Hatch. He supervises the deans of the undergraduate College, the Schools of Business, the Graduate School of Arts and Sciences, the School of Law, the School of Divinity and the Library.