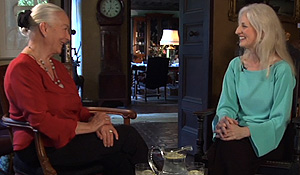 Pamela Howland, a pianist and part-time assistant professor of music, has just completed her first film, a one-hour documentary called “Remembering Frederic — The Genius of Chopin.”  It will be screened at the RiverRun International Film Festival on Tuesday, April 17, at 3 p.m. at the Hanesbrands Theatre.

Below is Ken Keuffel’s review for Best Bets in Relish (Winston-Salem Journal, April 12):

“Pamela Howland, a pianist who teaches at Wake Forest University, specializes in introducing Frederic Chopin (1810-1849) and his music to the masses. This is a worthwhile effort, and “Remembering Frederic” shows just how adept she has become at explaining Chopin’s music in accessible terms. The film, Howland’s first, gives us an often-vivid sense of the many forces that shaped Chopin’s genius. This derives from new footage of Chopin’s Polish and French worlds, all shot by an able team of local filmmakers that she assembled for the project. It also comes from European and American experts speaking knowledgeably on several subjects, from Chopin’s illnesses to his relationship with George Sand, the famed writer. “Remembering Frederic” makes spare-but-effective use of excerpts from “Notorious Woman,” a Masterpiece Theatre series that won Rosemary Harris of Winston-Salem an Emmy for her portrayal of Sand in 1976. Howland plays Chopin’s music beautifully throughout the film.”

Read the full story about Howland in the Journal »

On May 5 at 7:30 p.m., a screening will be held in Brendle Recital Hall (followed by a Q&A with Howland). Tickets are available to the public for $10, but are free for WFU faculty/staff/students with ID.