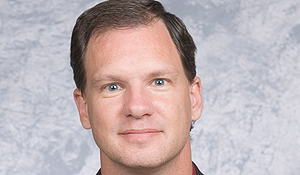 Tom Dollenmayer has joined the staff of 88.5 WFDD, the public radio station licensed to Wake Forest University, as Station Manager. He began his duties on April 2 and will oversee all aspects of WFDD’s daily operations.

Dollenmayer comes to WFDD from WUSF Public Media, licensed to the University of South Florida.

He began his broadcast career as a part-time volunteer board operator at WLPJ in New Port Richey, Florida, in the fall of 1988. Dollenmayer served as Radio Operations Manager at WUSF and rose to the position of Station Manager over two radio stations and a TV station in five years.

In addition, he has worked with NPR Labs in Washington, D.C., to test and implement new technologies to interconnect public radio stations and deliver new HD radio services. He has been featured in Radio World, Radio Magazine, and a special report at the National Association of Broadcasters for his work on subscription-based over-the-air HD Radio technology.  Dollenmayer will officially begin his duties on Monday, April 2nd, and will oversee all aspects of WFDD’s daily operations.