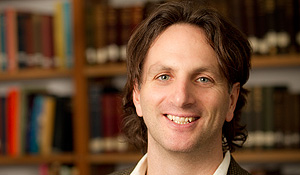 Jarrod Whitaker,  professor of religion, will deliver the lecture “Yoga: Its Modern Invention and its Contested Use throughout Indian History” on Wednesday, Nov. 9 at 4 p.m. in the ZSR Library Auditorium.

Whitaker will question the general notion that the practice of yoga in India has had an unchanging history for 1,000s of years. Indeed, yoga as practiced today in the West may very well be a late 19th and early 20th century invention. What is more, when we look at the use of the term yoga over the past 3,000 years in India, we see that it was a highly contested term that was used in various ways by competing groups, and rarely did it denote the practice of physical postures and exercise regimes. The lecture is for a general audience interested in India history, religion and culture, and for those with an interest in the practice of yoga.