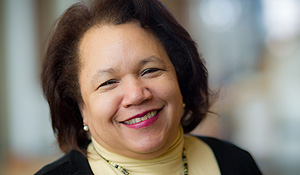 Wanda graduated from Winston-Salem State in 1977 with a degree in English. She received an MLS from the UNC-Greensboro in 1983. Wanda has worked at Z. Smith Reynolds Library since 1977, holding progressively responsible positions, most recently as Team Leader of Technical and Access Services (2003-2007).

Wanda has a long record of leadership in state and national library professional associations, serving as treasurer of NCLA for eight years and as president of the American Library Association’s Black Caucus from 2006-2008. She received the 2009 Kovacs Award for Outstanding Alumni Achievement from the UNCG LIS Department.