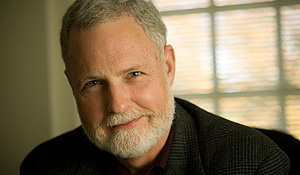 Pat Dickson, associate professor and director of the Business and Enterprise Management program at the Schools of Business was named President-elect of the United States Association for Small Business and Entrepreneurship (USASBE). He will become President of USASBE in January of 2013.

Dickson joined Wake Forest in 2006. He has also served as a professor of strategy and entrepreneurship at Georgia Tech and the University of Louisville. Before earning his PhD in 1997 from the University of Alabama, Dickson spent fifteen years as an entrepreneur, co-founding companies in the automotive parts and service industry and as a corporate executive serving as director of franchising for a super-regional retail and manufacturing company in the same industry.

“I am excited about the opportunity to serve in a leadership role with USASBE for the next two years,” Dickson said. “Our current economic conditions have caused local and national policy makers, recently laid off middle managers, newly graduated university students as well as many others to turn to entrepreneurial activity as a critical means to both personal and national recovery and growth. As the leading organization in the U.S. focused on entrepreneurship education, research, outreach and policy, USASBE can and is playing an important role.”