Japan: Talking with children after a disaster 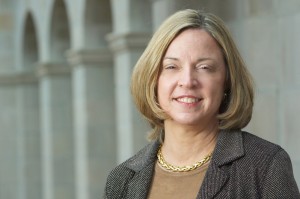 The devastation from the earthquake and tsunami in Japan has filled television screens for weeks, presenting images that are difficult to watch, but hard to turn away from. As hard as it is for adults to comprehend the scale of destruction, should parents reach for the remote control when their children are in the room?

Not necessarily, says psychology professor and child-development expert Deborah L. Best (’70, MA ’72), who notes that it would be nearly impossible for parents to shield their children from the news. Children are likely to express fears about what they’ve seen — will a tsunami wash away my school? — so it’s important for parents to allay their fears, she said.

“Young children are going to understand that something terrible has happened, but they don’t have the level of understanding to know what it really means. The lack of understanding can increase fear, so it’s important for parents to address whatever fears their child may express.”

Deborah Best in UPI
How to talk to kids about Japan disaster: Watch Deborah Best on WFMY News 2
Professor Ken Hoglund and students study the aftermath of the earthquake and tsunami

Best, the William L. Poteat Professor of Psychology, stresses that parents shouldn’t harp on the disaster, but take their cues from their children and respond with age-appropriate information.

For a young child afraid to visit the North Carolina coast because he or she is fearful of a tsunami, it can be as simple as explaining that a tsunami or earthquake isn’t going to happen there, she said.

Older children are better prepared to look at natural disasters more objectively. “They will be less likely to be afraid because they have a better understanding of weather and storms and earthquakes,” she said.

While reassuring their children, it’s also important for parents to keep their own emotions in check. “Children tend to respond in the way that their parents do,” she said. “A parent reacting too emotionally can increase the fear in their child.”

Little research has been done on how disasters affect childhood development. According to a recent issue of the Child Development Journal, research has increased in recent years “with the rise in international terrorism, concerns about flu pandemic … and globalization of media coverage.”

But the increased research has focused on children who actually live through an earthquake, flood, hurricane, war or act of terrorism, not those who have experienced it second-hand through television, Best said.

“What would occur (from watching disasters unfold on television) is vicarious conditioning of fear… children watching others suffering,” she said. But unlike the images of people jumping from the Twin Towers during the 9-11 terrorist attacks, images from Japan haven’t shown direct human suffering in as vivid detail, she noted.