A new look at the five stages of grief 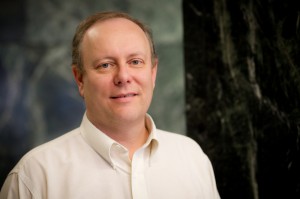 The five stages of grief — denial, anger, bargaining, depression and acceptance — are a commonly accepted and comforting road map to overcoming grief. But the stages were never intended to be a uniform way of dealing with the death of a loved one, says Professor of Counseling Ed Shaw.

“It presented grief as a scripted sequence with a beginning and an ending,” said Shaw, who is transitioning from a long career in radiation oncology at the School of Medicine into the counseling profession.

Kubler-Ross based the five stages on the experience of facing one’s own death, not the death of someone else, and her conclusions were based on little research. Journalist Ruth Davis Konigsberg, in her new book, “The Truth About Grief,” uses the extensive research available today to call into question everything we thought we knew about grief.

The five stages are a comforting, but simplistic way of looking at grief, agrees Shaw, who uses Kubler-Ross’ book in his classes as just one of several models for understanding grief.

“We think about grief in a different way today,” he said. “Grief is more of a journey, and everyone’s journey is individual.”

Shaw, who is also a professor of Radiation Oncology at the School of Medicine, was chair of the Department of Radiation Oncology from 1995 to 2008. After 23 years on the front lines treating brain tumors in children and adults, he has seen more than his share of death and dying and grief.

Last summer, he began a career transition after earning his master’s in counseling from Wake Forest and joining the counseling faculty. “I have seen the impact of death and dying on patients’ care givers, family, friends and coworkers,” he said. “Counseling helps the surviving family and friends live their lives, versus seeing them devastated.”

Shaw currently splits his time between the medical school and the Reynolda Campus. At the medical school, he is directing a five-year $11 million grant funded by the National Cancer Institute to study cancer survivors and their quality of life.

Shaw is a part-time counselor at the Hospice and Palliative Care Center in Winston-Salem, and he also counsels parents who have lost a child from miscarriage, stillbirth or infant loss, through a local group called Heartstrings.

“When you lose a loved one, you think about that persona every day for the rest of your life. As such, grief doesn’t really have an ending,” he said. “Rather than accepting or getting over the loss, you become reconciled to it. The counselor’s job is to help individuals and groups experiencing grief to navigate the journey.”