Mike Tesh, associate vice president of human resources, has accepted a new position at a national company based in Raleigh and will be leaving Wake Forest in mid-December.

Tesh, who came to Wake Forest in March 2007, will become senior vice president and chief human resources officer at Martin Marietta Materials, the nation’s second largest supplier of materials for highway and infrastructure projects around the world. 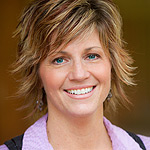 A national search to replace Tesh will be led by B. Hofler Milam (’76, MBA ’91), incoming senior vice president for finance and administration and chief financial officer, who is beginning his position at Wake Forest next month.

Tesh was vice president for human resources at Misys Healthcare in Raleigh prior to joining Wake Forest. His family has remained in Raleigh, and he has commuted back and forth since then. Tesh said family considerations led to his decision.

“This opportunity found me and, with my family situation, the opportunity to return to Raleigh was one that I couldn’t refuse,” he said.

Under Tesh’s leadership, the human resources office has introduced new approaches to dealing with human resource and staff needs, including developing HR “partners” with different offices across campus; starting an HR service center; and focusing on professional development and talent acquisition.

“Mike and his team have transformed human resources at Wake Forest,” said Vice President for Administration Matthew S. Cullinan. “He brought a level of energy and experience to the University that changed the way human resources serves the campus community.”

During the last three years, Tesh led an effort toward adopting a market-based compensation approach to better align staff positions and compensation. This will continue under the leadership of Brian Gittens, director of compensation.

Early in his tenure, he launched a review of the University’s health-care plan in response to concerns about costs and coverage. The result was a new comprehensive plan with Blue Cross-Blue Shield of North Carolina offering faculty and staff a traditional plan and a second less-costly alternative. This has enabled the University to maintain lower health-insurance costs, including no increase in premiums for employees last year.

Tesh said he was most proud of human resources forming partnerships with offices across campus and serving as a resource to faculty and staff. “HR will continue in its role as an advocate for the staff,” he said.