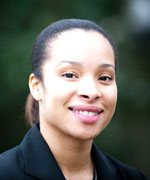 88.5 WFDD has received 11 awards for excellence in radio journalism from The Radio Television Digital News Association of the Carolinas.

“Our news team is dedicated to bringing relevant and substantive stories about the people, issues and institutions in our area to our audience,” said WFDD general manager Denise Franklin. “This is recognition of that dedication and our mission to enrich, inform, inspire and entertain listeners in the Piedmont.”