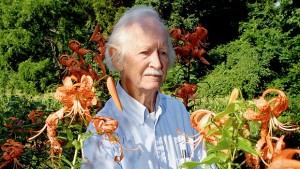 G. McLeod Bryan, a professor emeritus of religion who was known for championing racial justice and human rights, died Sept. 29 in Winston-Salem. He was 90.

His family will receive friends Thursday night from 6:30 – 8 p.m. at Salem Funeral Home, on the corner of Reynolda and Polo roads. His memorial service will be held Sunday at 3 p.m. in Wait Chapel.

Professor Bryan taught at Wake Forest from 1956 through 1987. He received his bachelor’s degree from Wake Forest in 1941 and his master’s in 1944. He completed his Ph.D. from Yale University.