See a list of employees joining and leaving the University in July 2013: END_OF_DOCUMENT_TOKEN_TO_BE_REPLACED Read more

See a list of employees joining and leaving the University in June 2013: END_OF_DOCUMENT_TOKEN_TO_BE_REPLACED Read more 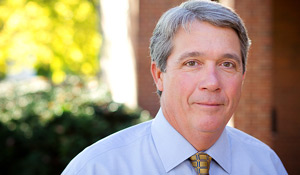 This message is provided by Hof Milam, the senior vice president for finance and administration:

University Stores and its employees have served our campus well for many years.  However, in the face of a rapidly changing industry and declining financial performance, the University had to begin considering other service delivery models earlier this year.

After careful consideration, the University has selected Follett Higher Education Group to manage all University Stores locations beginning this summer.  Follett, the nation’s largest operator of college bookstores, serves more than 5 million students at more than 1,600 physical and online stores and employs approximately 10,000 associates worldwide.  Follett has longstanding relationships with many colleges and universities, including Stanford, Boston College, Georgetown and Kentucky.

The selection of Follett was made following an extensive request for proposal process. The University considered proposals from three management companies, as well as a presentation by our current management team. In the end, Follett’s proposal offered the greatest financial improvement to the University, substantially better than our current self-operating model.  Contracting with Follett also mitigates the University’s risk in attempting to compete in the increasingly digitized campus bookstore business. END_OF_DOCUMENT_TOKEN_TO_BE_REPLACED Read more

Categories: News You Can Use, University Announcement

See a list of employment milestones reached by staff in May 2013: END_OF_DOCUMENT_TOKEN_TO_BE_REPLACED Read more