This is part two of seven highlighting proposals funded during the fall of 2020.

Congratulations to Regina Cordy, assistant professor of biology, whose proposal entitled “A systems biology investigation of the interplay between gut microbes and blood metabolites in the development of malarial anemia” has been funded by the National Institutes of Health.

Congratulations to Mark Curtis, associate professor of economics, whose proposal entitled “How Does Capital Investment Affect Workers?” has been funded by the Russell Sage Foundation and by (subaward/subcontract from) Duke University.

Congratulations to Christian Miller, professor of philosophy, whose proposal entitled “The Honesty Project” has been funded by the John Templeton Foundation.

Congratulations to Jack Rejeski, research professor of health and exercise science, whose proposal entitled “Pepper Older Americans Independence Center and Coordinating Center: Clinical Research Core” has been funded by the National Institutes of Health and by (subaward/subcontract) from WFU Health Sciences.

Macroeconomics conference to be held here in August 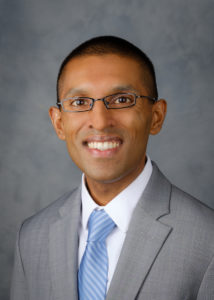 The 14th Annual Conference of Macroeconomists from Liberal Arts Colleges will be held at Wake Forest on Aug. 7 and 8.

At the conference, macroeconomists from liberal arts schools nationwide will gather to present their research to one another in an effort to promote high-quality research and collaboration, according to Sandeep Mazumder, associate professor of economics and chair of the Department of Economics.  Mazumder is the conference’s lead organizer.

Muhammad Yunus, who won the 2006 Nobel Peace Prize for founding the global microfinance movement, will discuss his vision for “A World of Zero Poverty” in Wait Chapel on Dec. 6.

Yunus will present the inaugural Noesis Lecture at 4 p.m.  The event is free and open to the public.

He is often called the “banker of the poor” and the father of social business.  Yunus founded Grameen Bank as a non-profit in Bangladesh to provide small, collateral-free loans to the poor, most women, to start their own businesses. 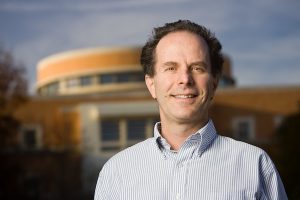 Palmiter has an international reputation as a teacher and scholar in business law, including corporate law, securities regulation, mergers and acquisitions, sustainable corporations, energy law and legal valuation. Since joining the School of Law faculty in 1986, he has held dozens of leadership roles on campus, such as Associate Dean of Graduate Programs, Howard L. Oleck Professor of Business Law; Center for Energy, Environment and Sustainability (CEES) advisory board member; and Wake Forest Law Review faculty advisor. Frequently cited in national media, Palmiter recently has been in the midst of the scholarly debate of the corporation from private entity to government substitute, with a current focus on the moral obligations of the shift in roles.

“How delighted we all are to recognize Alan’s singular contributions as participant in the debates on business and society, as devoted community, university and law school servant, and as teacher par excellence,” said Dean of Law Suzanne Reynolds. 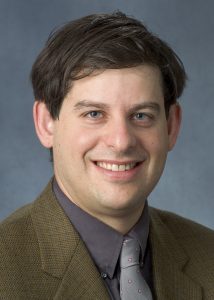 Strumpf joined the Department of Economics earlier this month, having come to Wake Forest most recently from the University of Kansas School of Business. Strumpf’s most recent work focuses on file sharing (the economic impact on the entertainment industries), prediction markets (election futures, corporate applications), and industrial organization (formal evidence of first degree price discrimination in the real world). His research has received extensive media coverage in major news outlets such as CNN, Wall Street Journal, New York Times, Financial Times and The Atlantic.

“I am pleased to welcome Koleman to Wake Forest because he embodies the teacher-scholar ideal we value so much. His outstanding scholarship in applied microeconomics is a terrific complement to the excellent body of work already underway in our Department of Economics,” said Dean of the College Michele Gillespie.

So far, the Wake Will Lead campaign has raised more than $70 million to recruit and retain best-in-class faculty, including the creation of 10 Presidential chairs for faculty who are exceptional researchers in their field as well as dedicated teachers.

Palmiter and Strumpf’s respective appointments to the Wilson and Burchfield Presidential Chairs mean six of the 10 have been named, including: